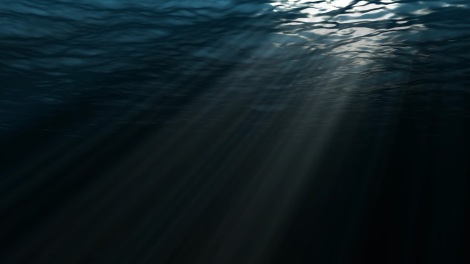 “How much of our self is really determined by our own self? Are we not all simply products of our environments? Not to seem overly cold in my calculations of psychological behavior, but we have proven our ability to program one another. Perhaps this is where real hope for humanity truly lies. The masses all rid of their evils by reinforcing those behaviors that are truly good. But then the question remains, what is truly good, and without evil, does it truly exist?” ~The Memoirs of Doctor Earnest P. Mallory

There is a moment in the midst of extreme tension when your faculties are so focused, that sensation is simply a thing that happens – it is not until after the tension reaches some resolve that you can recall any details of an experience. You do not have time in the moment to really experience and process fully all the tiny occurrences that tumble over each other in a cascade of action as your synapses fire with white hot intensity – trying desperately to keep up with your singular focus, whatever that focus may be.  Depending on the nature and instance of the external stimuli that engages your adrenal glands with such a barrage of new information, this can all happen in a mater of moments. Just a few simple seconds for the thousand trip-wires in your brain to be activated and reset. Thank God for dopamine.

It had taken me much longer to open the door to the causeway than it should have. However, I eventually managed to summon enough torque to dislodge the mechanism keeping the blasted thing sealed. There was a step up onto the causeway – a long glass corridor connecting the science ward to the central hub, or citadel. I could see the door on the opposite end was open – hanging in a mangled fashion from it’s hinges some 40 yards from where I stood outside of the science ward. I only could see it as there was distant light flickering through the open door casting elongated shadows up the corridor toward me. My end of the causeway was still quite dark – the glass walls and ceiling allowing me to peer out into the Laurnetian Abyss with a clear head for the first time.

The waters were overwhelmingly dark, but all along the various wards and connected buildings of the rig were speckles of light cutting out into the darkness of the abyss from windows and walkways that somehow still had electricity. Allowing my eyes to adjust and focusing intently,  I could see the crushed wreckage of the residential ward. It was spread out over what must have been a great distance. Maybe several miles. Much of it was too dark and too distant to observe much detail, but those swathes of debris closest to the causeway I noticed were wrapped in aquatic mosses and foliage. I was not near understanding any of this, but I was beginning to come to terms with the reality that I must have been down here for a significant amount of time. Weeks? A month? I had no way of knowing.

“Son of a bitch!” – a loud clamoring sound broke the silence. The raspy male voice echoed up the corridor to me. Completely startled, I dropped my torch light – the impact must have broken the bulb, for it immediately flickered dark. The man was clearly frustrated. He must have slightly injured himself with whatever had fallen. I heard mumbled cursing as he dug through some kind of debris. I could see his shadow moving as he rummaged about. I heard the sounds of metal and glass being carelessly tossed and what sounded like large oil barrels being dragged and shuffled about.

“‘Go to the Citadel,’ they said.” he coughed violently between crude sentences. “‘See what you can find, they said.’ As if we haven’t already picked this place clean.” I suddenly saw his silhouette in the opposing doorway. His figure stopped instantly.

“Max? That you?” He called. I was terrified. I did not respond, but remained motionless. “Well, well, well!” his voice grew ecstatic and wild. “Maybe I haven’t picked the whole Citadel clean!” He began to shuffle towards me. He seemed a little scrawny – what I could see of him.  He moved awkwardly, allowing his upper body to sort of sway with each careless step he took toward me. “What a find! What a find! Not been one of your kind around in a LONG time. Heh, heh. The Magistrate will be pleased. Yes, yes, yes. Very pleased! ha, ha!”

It was uncanny how quickly he was upon me. Even more so how little time the whole struggle took. I hardly remember him beginning his assault. Just a blur of movement almost, and suddenly I was receiving a sharp blow to my jaw. My head cocked back violently as my face received his fist with a solid CRACK. He had tagged me good, for I instantly saw stars and my head exploded with blinding pain. I could tell my feet were somewhere above me as my back smacked squarely on the floor of the causeway, knocking the wind out of me. An instant later, my assailant was straddling my chest with one strong hand pressing hard on my esophagus, the other covering my mouth and nose. It seemed as though my lungs were imploding on themselves as I struggled for air. My vision returned in my struggle, and I caught a glimpse of my attacker’s face. A wretched scar etched into the cheekbone of his gaunt face, his thin stringy hair dangling loose from underneath an old hat.

I was dying. No, I was being killed – violently, and with no explanation or justification. And whether or not I deserved to die, I realized I needed more answers before I would dare let myself slip away. Initially my hands went to his in a vain attempt to open my windpipe. Then I began to flail my arms about in a desperate attempt to grasp a weapon. My right hand discovered the torch I had dropped. With everything I still had within my oxygen deprived limbs, I swung it in the direction of his head. . .

What do you know? The bulb wasn’t broken. As the torch connected with my attacker’s skull, it flickered back on, illuminating his hat as it tumbled away from his head which was now reeling like a dirty mop away from the blow. The impact was enough to disorient the guy, loosen his grip on my throat, and send him toppling back on his haunches – pinning my legs to the ground, but freeing my torso and arms. I gasped air into my lungs greedily as I sat up, and lunged at him with a back handed swing of the torch. This he caught with his left hand, the impact exstinguishing the torch again. Without a moments hesitation I threw a punch at him with my left, which was still free. My closed fist glanced off his brow, but it was enough to lay him out on his back and off of my legs. I dropped the torch as a I threw myself on top of him, pulling my hammer from my belt with my left hand as I did so. He groaned in pain as he began to come to. His eyes flickered open – just in time to see me brandishing the hammer above my head with both hands.

It seemed as though I had blacked out in a fit of rage, but I know I hadn’t. For I could remember every little thing. I knew why I was now covered in blood. I remember his eyes growing unnaturally wide with surprise just before he received the first blow – how stupid his face looked from the shock of the impact, denting his forehead brutally. I remember the hot spray of crimson that followed my hammer back up as I raised it for a second blow – little silhouetted droplets falling as the torch on the floor flickered back on of its own accord a second time. I remember feeling his body trembling beneath my legs. I remember the gurgling sound that sputtered from his throat. 3 blows, quick and strong – and now I sat atop his lifeless frame seeing the horrific devastation I wrought on his face.

I breathed back heavy sobs as I let my arms drop to my sides, the hammer clanking to the ground from my open left palm. I was crashing back down from the surge of adrenaline and started to cry as I drug my useless limbs and body off of the corpse of my attacker. I pulled myself up, sitting against the glass wall – it was cold against my back. I could tell that my tears were mixing with his blood on my face, and it only made me cry more.

Suddenly, and out of nowhere, I could hear a mechanical rushing sound from outside of the causeway, and a moment later, the whole corridor was flooded with an overwhelming light. This was simply too much stimulation, and my body surrendered consciousness for some kind of rest.

Follow Rhyme Written In Red on WordPress.com
Join 223 other subscribers