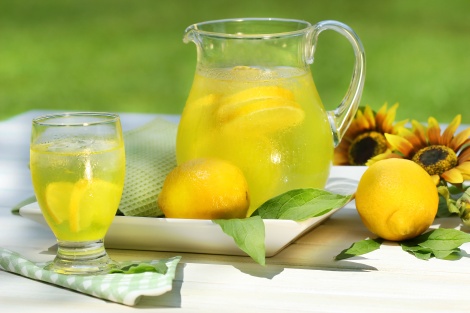 Sometime in the not-so-distant, dystopian future, in North America, in an office – an oval shaped one…

Secretary: Mr. President, we’ve called this emergency council to bring you up to speed on the developments in Bigton, Blastachustests.

Mr. President: Thank you, Susan. What have we got?

Secretary: Apparently, there has been a major human rights violation.

Minister of Defense: Mr. President, we have Asia on the phone….

Mr. President: Tell them to hold, Charlie. This is more important.

Secretary: (Slaps a folder on the table, Mr. President flips it open) You’re looking at a picture of one horrible criminal.

Mr. President: She looks it. Who is she?

Mr. President: Look at those pigtails. What a monster. What’d she do?

Secretary: (slaps another folder down, Mr. President flips it open) This is Dennis DoLittle, a 40 year old resident of Bigton – and he’s a Citralitic.

Mr. President: Really? Good for him. What kind?

Mr. President: Fascinating. To be born a lemon in today’s society would be tough. I’ll never understand why people are so intolerant of lemons.

Mr. President: How are Debbie and Dennis connected?

Secretary: Two years ago, Debbie operated a lemonade stand – without a small business license, I might add. She quickly gained a reputation as the best lemonade dealer in Bigton. She was even approached by Koka-kola about a major distribution deal, but she turned it down saying, “I just wanted some spare cash for summer camp. . .”

Secretary: I know, right? Well, she only operated her stand for a couple of months. Now, fast forward to last week – Dennis approached “Little Debbie” and asked her to make some lemonade for him. He was planning a party with some tangerines from across town. Apparently she refused saying, “I don’t want to start making lemonade again.”

Mr. President: What? I can’t believe it! But she obviously has the ability to make it, right? She could provide the service? And Dennis offered to pay for it, right?

Secretary: That’s the thing, it’s crazy. Dennis offered to pay $6,000 for 17 gallons – he knows a lot of tangerines, I guess – and she still refused him!

Mr. President: Doesn’t she understand that Dennis has rights?

Secretary: So you can imagine why there has been such a wave of controversy. Can you believe people are actually rallying behind Debbie claiming she has a right to decide whether she does business or not? People are even saying she could discriminate between whom she wants to do business with! If she were to start making lemonade again – that is. Fortunately, there is a large group of people supporting Dennis. They’re calling the Debbie supporters the “Bigots of Bigton!”

Mr. President: Haha. I like that. The “Bigots of Bigton.”

Minister of Defense: Mr. President, Asia is demanding to speak with you. They don’t sound happy. My Corean is a little rough, but I think I heard the word “nuclear.” I think this is important, sir.

Minister of Defense: It might not be my place, but aren’t they her lemons? Like she can do what she wants with them, right? I mean, she’s not even in business anymore…

Secretary: Yeah, but that one time she demonstrated an exceptional ability to provide a public service – so now she has an obligation to society to provide that service!

Mr. President: You’re not a “Citriphobe” are you, Chuck? Hmm? Are you a Bigton Bigot?

Minister of Defense: I’m from Filidelphia, Sir. And no. I just don’t know that I agree with –

Minister of Defense: No, it’s not that….

Secretary: How could you, Chuck? You know Citrilitics are born that way, right?

Minister of Defense: LISTEN! I never said they weren’t, Susan. I didn’t even wanna get involved, here, I’m just trying to help you see the other side of the coin here…. And Asia is still on hold, Mr. President. . .

Mr. President: Good grief, Chuck! Do I tell you how to do your job?

Mr. President: Then don’t tell me how to “president!” SHEESH! Dennis’ right to a refreshing glass of lemonade has been violated! Get some perspective, Chuck!

Secretary: I know this is a civil dispute that could be handled by the local authorities, but the nation is looking to you, our leader to make a statement!

Mr. President: I’ll do more than that! Get the national guard down to Miss McDowel’s home! I want them to seize her lemons, and have her imprisoned! She will stay in prison till she makes 20 gallons of lemonade, and pays $80,000 in damages to Mr. DoLittle for the emotional pain she caused, by refusing to use her own resources and abilities in such a way that she saw fit!

Minister of Defense: Um . . . Mr. Lee hung up, Sir. He was screaming something about a “big red button” before he slammed the receiver down… 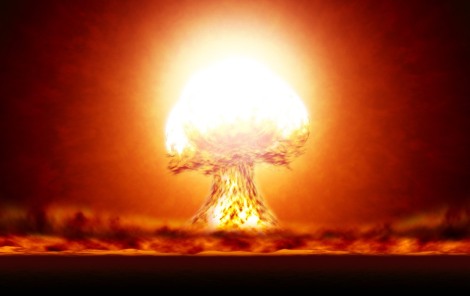 Follow Rhyme Written In Red on WordPress.com
Join 223 other followers