Life and Death. Good and Evil. Right and Wrong. The diametrically opposed sides of the coin of existence. From the conception of time, the debate has been hot – as to the definitions of those concepts, that is. The specific applications and interpretations of those definitions have been further debated. It has been said, we are each the hero in his/her own story. I think because of this, and mankind’s natural depravity, we often formulate our own perceptions of truth and how we are accountable to that truth – regardless of the accuracy of our worldview, we become wholly committed to what we believe. We can talk forever about how we come to such hard-core idealism, but the fact remains that most people would say they are justified in doing the things they do. I doubt Adolph Hitler would have described himself as a villain. I doubt most villains, regardless of the scope of their atrocities, truly consider(ed) themselves to be harbingers of evil. When we examine the lengths to which a person will go to numb their conscience to justify an action, choice, or lifestyle, we can gain a deeper insight into our own justifications. To follow a line of reasoning to it’s logical extreme can be shocking and tragic, especially when we do so in a dramatic and narrative way, but it can also serve as a mirror we can gaze into to check our selves by – to understand whether or not we are on our own path to villainy. 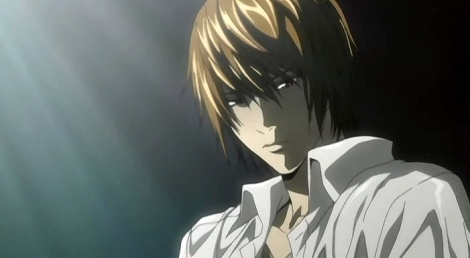 “Death Note” is a Japanese Manga and Anime. I know I am showing my true nerd colors now, but I have to say, it is perhaps one of the most compelling stories I have encountered. Like many great characters of the macabre, the main character, Yagami Light, joins the ranks of whom I like to call “The Masters of Chaos.” He steps in right along side such characters as Christopher Nolan’s “Joker” and William Shakespeare’s “Iago.” A major difference is that we get to see Light’s idealistic decent into the worship of chaos – methodically justifying his actions in order to pursue his broader vision of  Utopian peace through absolute power and his own self-deification. The story drives along pretty well, though I would say a portion of the mid-to-later section lags and gets distracted, but it is %100 worth the ride to the end where there is a huge pay-off. I could say more on the issue, but I’m not a big fan of spoilers. Let me just say, like any great story, the ending is everything.

Here are some musical highlights of the show. I find the score to be very thought provoking. Good music to write by.

Follow Rhyme Written In Red on WordPress.com
Join 223 other subscribers